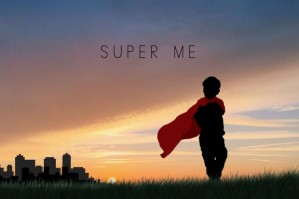 Super Me – a story about love, loss and the hero inside all of us.

Super Me is a 10 minute drama written and directed by Sophie Lasson, from Chatham, Kent. The film will be shot by an experienced team of final year students from Bournemouth University, and will star talented Dorset based actors.

Super Me is expected to premier in Rochester in May with a chance for locals to grab a sneak preview of the short film!

More information about the film can be found here: https://www.indiegogo.com/projects/super-me/x/9539046

Heroes can come in all shapes and sizes…

Max has dreamed his whole life of becoming a superhero, but will he realise, that at only six years old, he has done more than he could ever imagine; he has saved a man’s life.

With his mother too busy for him and his father non-existent, Max is often left to his own devices, playing on the same estate where he was born.

He’s a curious boy, always looking for an adventure. When he sees a stranger on the roof of a building nearby, he goes to investigate. What happens next is life changing for the both of them.