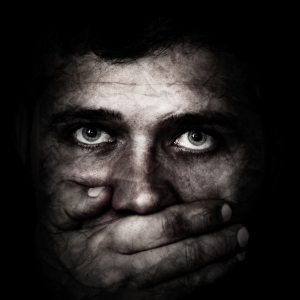 My Mind is Free

A new play touring Kent and South East venues in October 2015 performed by the Rah Rah theatre company, will let the audience experience a powerful theatrical interpretation of the degradations of human trafficking in an intimate community performance space.

Designed to raise awareness of the issue that is currently at the forefront of the news, My Mind is Free will disturb and provoke in equal measure. Funded by the Arts Council England, the Rah Rah Theatre Company has produced the play with Medway-based playwright Sam Hall to initiate discussion about the injustice of human trafficking within the UK.

There are an estimated 30 million slaves in the world, with approximately 13,000 in the UK. Modern day slavery victims include: women forced into prostitution, ‘imprisoned’ domestic staff, and workers in fields, factories, building sites and fishing boats. London based Rah Rah commissioned playwright Sam Hall to tell the stories of some of the people who have fallen into what can only be described as modern day slavery. Sam has done extensive research with anti-trafficking charities and a percentage of the proceeds from the tour will be donated to them.

As part of a tour of the South East, My Mind is Free comes to new cultural venue Margate House in Margate on 1 October, The Horsebridge Centre Whitstable on 2 October, Strood Gospel Mission Church on 5 October, and Rochester Literature Festival on 11 October. Click here for the full list of tour venues and booking.