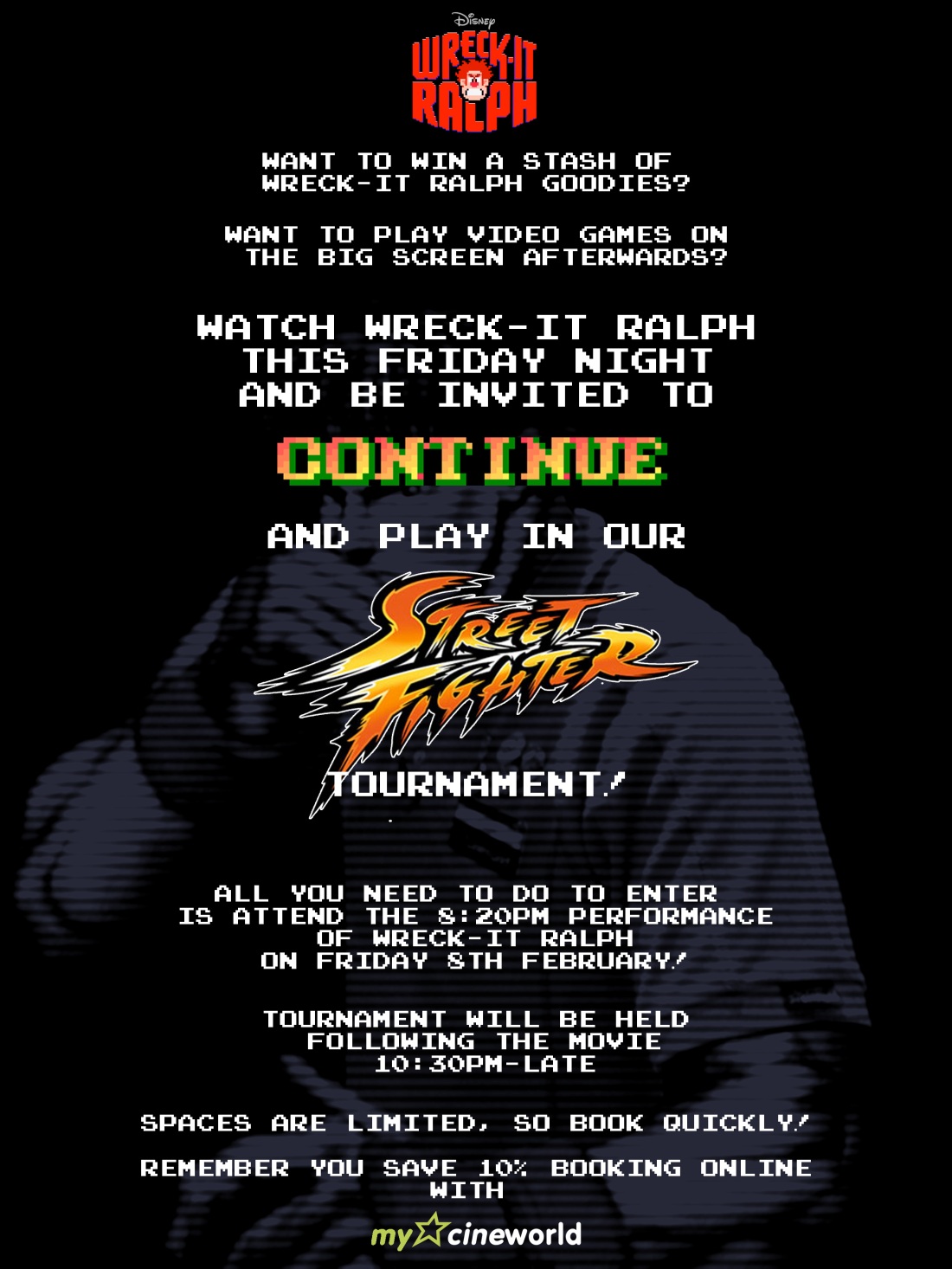 Cineworld are holding a special showing of Wreck it Ralph on Friday 8th Feb 2013 , and after the screening of the film they are holding a Street Fighter 4 tournament for the audience on their giant screen!

The film itself starts at 8.20pm with the gaming following on at around 10.30pm until late. It will consist of winner stays on, with whoever has stayed on the longest will win lots of Wreck it Ralph prizes and an invitation to come back for their own private late night gaming session, which is worth £125 for a two hour session.