Five BA (Hons) Photography students from UCA Rochester, who travelled to and documented creative hub spaces across England and France, are having their work displayed at the Zandra Rhodes gallery until January.

The student’s work was part of the UCA Rochester Photography ReCreate project. ReCreate is funded by the Interreg IVA France (Channel) England programme to engage the creative and cultural industries in the UK and France.

As part of the project, which was conceived by Course Leader Heike Löwenstein in response to ReCreate’s requirements for documentation, students photographed the transformation of vacant commercial and cultural premises into a cross-border network of studios and workspaces. As well as documenting the sites, they also had to capture what these spaces meant for the local community.

The students spent two weeks on the road in August accompanied by staff member and Creative Director Sam Chick. The trip started with a break-of-dawn visit to The Old Bank in Margate to capture the town in early morning lighting followed by The Fuse Box in Brighton, Sun Pier House in Medway and then across the Channel to the Paul Bert School in Lens and completing the trip at Les Bains Douches in Flers.

Robert Roach, second year student who was on the trip said: “We met some wonderfully friendly and helpful people and saw some lovely places and found out what is being done to some of these old buildings. They really are breathing new life into them.” 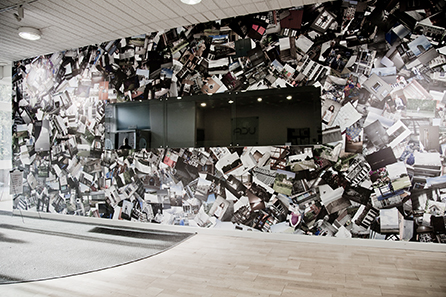 This trip has given UCA students an invaluable opportunity to work professionally with a diverse range of partners, affording them a chance to put into practice what they have learnt on the course.

Rosie Squires, another second year student who took part in the project said: “ReCreate allowed me to experience a commission for the first time, teaching me how to work practically and professionally, whilst still staying creative. It’s allowed me to get to know new people and places that could help me once a I graduate and opened my eyes to the creative community in each of the locations.”

The student’s hard work over the summer resulted in a fantastic body of work that spreads itself across the Zandra Rhodes Gallery and into the stairwells at the UCA Rochester. Their work was first displayed at a private viewing on 21 November from 4-7pm, but it will remain on exhibition until January. 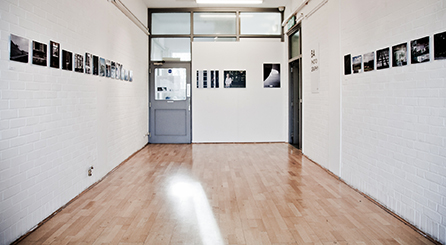 The documentation of sites will continue over the coming year where another group of students, led by Course Leader Heike Löwenstein, will work more closely with the sites over a series of visits to document the development as building work progresses, as well as capturing some of the activity that will be taking place by creative enterprises and individual residents.

Amie Rai, Interreg Project Co-ordinator said: “UCA is delighted to be a partner on the ReCreate project and looks forward to the many opportunities that this rich cross-border project will continue to provide for staff, students and the local creative communities over the coming year.”