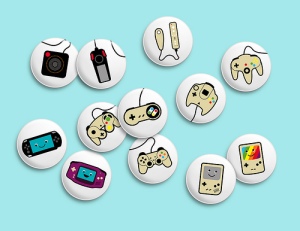 Videogames are big business. That’s sad really, the business part. It truly is a creative medium that has, for a part, been transformed from a bunch of guys having fun and making games because they want to, to a bunch of guys in suits deciding how best to monetise their product. It’s like all the fun is being sucked out, and the games industry has become just that, an industry churning out yearly updates to products. Rarely are people making games just for the fun of it. Even independent games are changing and becoming more ‘about the money’.

I didn’t fully realise this until I started working for a company. The first thing on their mind was monetization. Not gameplay, story or even graphics. Just, ‘how much money can we get from this?’. It was actually difficult to design such a money-based game that I couldn’t continue doing it, it felt morally wrong to charge players for something so easy to create. Sure, not every game is like this, but rarely do you see a new title released without some sort of purchasable extra. Things like this used to be free. It makes me wonder if this really is a creative industry, a lot of decisions are already made based on target audience and potential sales, so as a game designer, it’s up to us to just implement these systems.

I don’t understand why some people still think videogames are aimed at children, it’s an archaic view and I am glad it’s slowly changing. I suppose it’s a generation thing.  ‘Videogames’ is such a broad term to be categorised. Depending on who you ask, the first videogames someone will think of will probably be completely different to someone else. Titles such as Space Invaders, Grand Theft Auto, Minecraft, Guitar hero, Final Fantasy, Katawa Shoujo, Child of Eden and Heavy Rain are each placed far apart in the spectrum of ‘Videogames’. In a way, when people generalise videogames, it’s on par with generalising any other form of creative industry.

Generally, the industry as a whole has to learn from the mistakes of others, especially when imitating them. Really, games are just taking the best parts of other mediums. Storytelling in games has improved because of cinematic techniques being used and a deeper focus is being put on character design and development. Music has not only just influenced games through music-rhythm games, but also through dedicated soundtracks, evolving from simple melodies to full orchestral scores.

I think videogames have the potential to be the most immersive medium to portray a message or story, more so than a film or a book. To me, it just makes sense that as an active part in a story, you feel more immersed than a spectator. This isn’t true for every game, but many try to make you create relationships with characters. Final Fantasy is well known as a character driven series of games. I’ve heard people talk more about how Aeris died and how they felt that any other character from any media. I think immersion in videogames helps the player experience emotions that wouldn’t be possible in other media, due to the choices sometimes presented.  I remember when I felt remorse in a videogame, and I didn’t expect it at all. I had the choice to kill an innocent family for some gold in Oblivion. I did, and the game auto saved. I just couldn’t continue. Experiences like that don’t happen in other media.

I do not believe there is going to be a crash, like in the past, but I think videogames will branch off and separate from each other. Like I said before with the spectrum, I think they will separate and go down different paths. This is already happening, I suppose. For example, I’m not sure how similar two games like Heavy rain and Child of Eden are. They seem nothing alike. Games are also spreading into popular culture, and the gamification of non game contexts has only just begun. Gamification in itself is a really interesting topic, and probably what I’ll write about next!

Anyway, I hope you enjoyed this article!