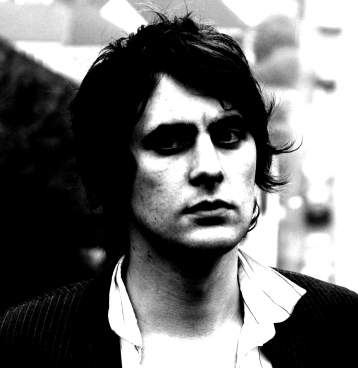 What’s in a name?  A mask?  Identity?  Hailing from Rainham, Medway musician and painter Lupen Crook is, quite simply, captivating.   Lupen Crook is not his real name of course.  It’s Matthew Pritchard.  But, if it’s a story about being driven to create that compels you – the Medway Vision if you will, then Lupen Crook is all we need to know about.

Lupen Crook is a prolific painter and musician.  Oh, and his makes his own animated music videos too.  Flirting with fame and being one of the NME darlings for a while, he is one of the jewels in Medway’s creative crown.    But if it wasn’t for that name change it might never have happened.  Lupen explains his early days, “I played with Chris Garth (now of UPCDOWNC).  Later, when the Tap n Tin hey-day was in full swing I was performing initially with Bonzai Reservoir (whose members included Chris Austin of Tape Error), and when that imploded I started out as Lupen Crook.”  It was this ‘implosion’ that began a new chapter and it was here that his artwork also took root, having to cobble together band posters with little materials or money, and the same went for his DIY album releases.  Lupen Crook became an artist just trying to do the best with whatever was to hand.

Initially signed to the Tap n Tin label, the EP ‘Petals Fresh From Road Kill’ was released as 500 vinyls all with hand-painted sleeves. In true independent style, he has since self-released via his own label Beast Reality, the most recent being 2011’s ‘Waiting For  The Post-Man’.   Describing the process Crook states, “Beast Reality started out much the same way as everything else, having no one else to do it for me, so I did it myself. My good friend, web-designer and writer Stuart Hardy ended up getting on board and together we’ve honed the self-release approach over the last few years, experimenting with each release and thinking on our feet.”  It might have worked out differently.  In 2005, NME got behind Lupen Crook and featured him on their 2005 Cool List compilation.  A star was surely born?  Well, yes and no.  Lupen decided to go it alone.  Using his own record label, using his own vision.  Fame eluded him but his art was intact. 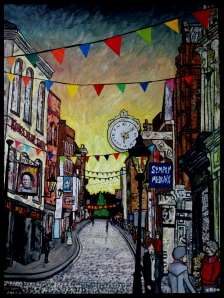 Lupen Crooks’ music defies category.  How many times does an artist say that their work doesn’t fall into a musical category, only for you to listen to it and then realise that it’s about as generic as a Rom-Com.  Lupen breaks the mould.  Try as I might there is no chance of me being able to tell you what ‘category’ his music fits into.  Take his latest album, ‘Waiting for The Post-Man’  It starts off sounding like Bowie, takes a strange neo-gothic u-turn, shuffles about near the area labeled ‘folk’, then heads off to 80’s electronics before getting all World Party-ish with it’s pop melancholia.  If there is one thing I could describe it as, it’s just singer/songwriter pop.  Brilliant pop.  Rarely have I heard the sound of a record with so many tunes on it not to have hits.  But then maybe that’s part of the problem.  The record industry does like its categories and my guess is Lupen Crook’s genius for writing from the hip will be admired for a long time without anybody actually being able to pin his sound down and sell it.  Lupen confesses,  “musically, it’s eclectic. They are folk songs in the sense they are stories, but then it has always felt very punk in spirit. Basically, it’s free.”

As for his paintings, they capture an essence of Medway as much as the music and lyrics.  They show the beauty and majesty of Medway but always with the knowledge that the heartbeat of these Towns is often the rough-around-the-edges social chaos that we so often see on a Saturday night.  Looking at his paintings I keep thinking of something he said and it makes sense; “my influences have always been my surroundings – people, places, shapes, sounds – the mistakes I’ve made, the people I’ve hurt, the things that have hurt me – everything that makes an impression on me inevitably ends up becoming an influence.”  As an artist I understand that, as a fan of music and painting I can see that ethos clearly in his work.

Last year Lupen had exhibitions of his artwork in London and Medway (at Rochester’s Deaf Cat Café). This year he is continuing to paint, although he does promise that there are some new musical projects in the pipeline. While Lupen is holed up creating we can catch a glimpse of his work in and around the Towns.  Currently Nucleus Art Gallery in Rochester is exhibiting his work. Aside from that, he is performing a one-off gig at London’s The Borderline on 9th June supporting Jim Bob from CARTER USM and the video he made for the song ‘Chasing Dragons’ is set to be shown at London’s Progressive Art Centre. The show is called ‘DIY POP VIDIO’ and it’s being curated by Medway artist, poet and musician Sexton Ming.

Where next for Lupen Crook?  When you have come this far down the road, when you have worked hard to create the output of ‘Lupen Crook’, where does the next stage take him?  “As for actual goals in my life, keeping my head above water and the wolves from my door whilst continuing to create things; be that music, art, videos – whatever feels inspiring at the time.”  Listening to Lupen Crook, you get the impression that these sounds could ONLY have been written in and about Medway.  His paintings, the same.  If any artist can be classed as the ‘voice’ of Medway’s dark underbelly then Lupen Crook is surely it.

‘Waiting for the Post-Man’ is out now on Beast Reality Records priced £10  http://www.lupencrook.com/ 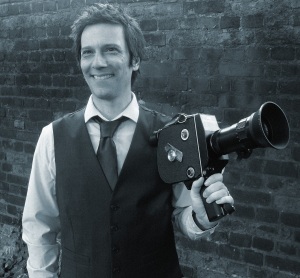