Earlier this year, students from Uckfield Community Technology College studying politics, philosophy and critical thinking won a competition to have the BBC Radio 4 show ‘Any Questions’ broadcast live from the school on Friday 13 July. Although Friday 13th is known for bringing bad luck, the evening went very well and described as ‘successful’ by one of the teachers running the event, Dan Buschle. Attending the event beside an audience made up of parents, teachers and students were the panelists: David Starkey, Liz Kendall, Jeremy Hunt, Matthew Oakshot and with presenter Jonathan Dimbleby. 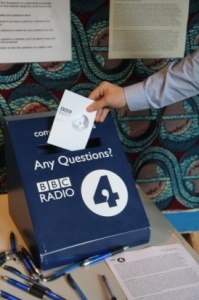 At the beginning of the event, Charles Hendry said it was ‘brilliant that students had put this together and was pleased to see how the night would go’ as at that moment students were still preparing back stage. What the audience didn’t see was behind the stage were students and some of the panelists choosing questions that audience members has submitted to be discussed on the show and then ten individuals were selected to be on air. One question submitted was by a student named James Baker. His question ‘Has the recent Tory blocking of the Liberal Democrats plans for Lord’s reform sparked the beginning of the end of the coalition government?’ was discussed on air.

Liz Kendall began with ‘it’s a good question’ and that it’s relevant to what’s been ‘discussed at Westminster at the moment’. This was the most discussed question of the night. Kendall continued the discussion to say that ‘Where do we want to take the country? When David Cameron was asked why he wanted to become Prime Minster he said because he thought he’d be rather good at it. You might question that.’ She seemed to be the best speaker of the night gaining the majority of applause from the audience, as Matthew Oakshot remarked as having the student’s ‘parents well trained’. 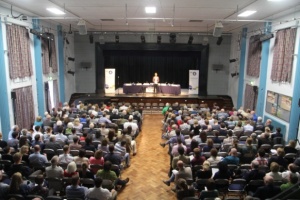 Kendall mentioned earlier ‘Politics seems so small when the problems seem so big’ and this seemed to summarise well how some audience members felt and wanted to know what was being done about it.

After the event some people involved in the event went to the Green Room to discuss the evening’s questions further off air. David Starkey said that the evening was ‘alright, but the politicians were extremely dull weren’t they? I suppose it comes with the job’. Assuming he was speaking from a student view of politicians this seems to mean he enjoyed the evening. Whereas Matthew Oakshot said how it was ‘the first time’ he’d been on the show, but loved the school’s ‘buzzy atmosphere’ and ‘wonderful students’ who made him ‘feel at home’.

Special thanks go to all the panelists and members of the BBC for bringing the event to Uckfield; the students for winning the competition, Dan Buschle; Helena Read; Nick Stoker and the music department for organising sound and equipment; members of the audience and everyone else involved who helped bring the wonderful evening together.

Content and interviews by Alice Stansfield, photography by Carl Goldsmith.

Last night (20/06/12) at Uckfield Community College, East Sussex, students from year 12 to year 13 (6th form) displayed all their hard work throughout the last year in the art and photography department. The creativity of the students was clearly displayed across three class rooms that had been transformed to create the exhibitions.

Work shown ranged from finger paintings; photo shoots; all the way to projections. This will be the students worked that will be sent out to exam boards to give them a final grade. Nearly everything shown should take pride of place in a London art exhibition.

The inspiration of the pieces were given by themes, such as ‘mood’ and ‘changing beauty’ of which the pieces of photos were created. However this wasn’t all created in a classroom. Some work was taken in the school’s photography studio, of which I myself have been in to be a model and it’s a very enjoyable experience as the students I worked with were professional with everything they did.

The art was shown all over the classroom walls on canvas and taking up entire walls. From pictures of cats to waterfalls and portraits the talent shown was remarkable, making the evening a success. All they needed was the examiners to visit and see people’s reaction to the work to give out amazing marks they deserve.

Each piece of work came with a project book explaining the process of completing the project. Although some were hard to read as the pages were completely full, they represented the creative minds overflowing. 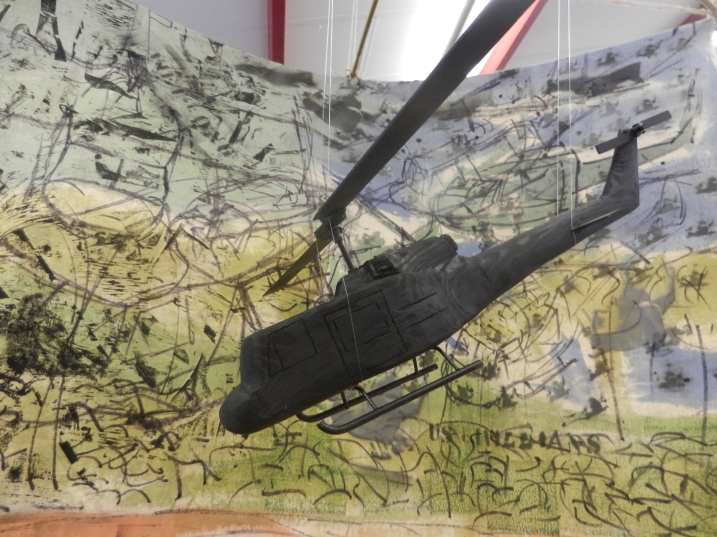 The school should hold more evenings like this and advisable to other school’s in order to display the student’s work of which they should be proud of!

You can watch a video of the event here, featuring a vast amount of the work: