In 2009 I had the “privilege” of queuing for 5 hours to see Banksy’s take over at Bristol museum. I was really pleased to have been able to see the exhibition but when an underground artist becomes a worldwide household name it leaves us craving fresh underground art.

Enter “The Fastener” who’s real name I shall leave you to try and find out. “The Fastener” tags various locations with knitted graffiti leaving behind random knitted objects and art pieces. Labeled by the artist as “Guerilla knitting” this is a fresh type of artwork that is something to keep a close eye on as well as being inspirational.

The Fastener told me some more about where their inspiration came from:

“I was inspired to start yarn storming when I heard about people in the US tagging their knitting on the street.  A few friends of mine had started a group called ‘Knit The City’ and I wanted to join them.  They operate on a very strict closed-door policy to new people, so undeterred I decided to start guerilla knitting on my own.  I was so chuffed when a few weeks after I started on my own, “Knit The City” waived their policy as a one off and I joined the Yarn Corps!

“Knit The City” are totally different to other Guerilla knitters as we create almost entirely 3D creatures and characters – often referred to as “amigurumi”.  We are very sympathetic to the surroundings of where we leave our pieces and each piece tells a story.  Every yarn storm is meticulously planned and we have brainstorms over what we should do next and where we should place the pieces.  Different aspects inspire us: it may be a specific holiday coming up, a big event, or simply part of the city that we want to shout about.  There is often history and/or a story to be told in what we make.

Because our pieces are 3D, they seem to be more desirable and so are taken within a maximum of 24 hours.  We see this as a positive thing.  People seem to love what we make and so want to give them a new life in their home.  It’s very liberating to poor all your energy into making something that you are proud of to then leave it on the street for someone who you’ve never met and probably never will to find.

I still Guerilla knit on my own though and I have so many projects lined up in my head!  It’s really fun being involved in a group but I also still love the thrill and secrecy of doing my own pieces.”

You can keep up to date on “The Fasteners” latest creations at www.thefastener.co.uk and follow them on Twitter @thefastener 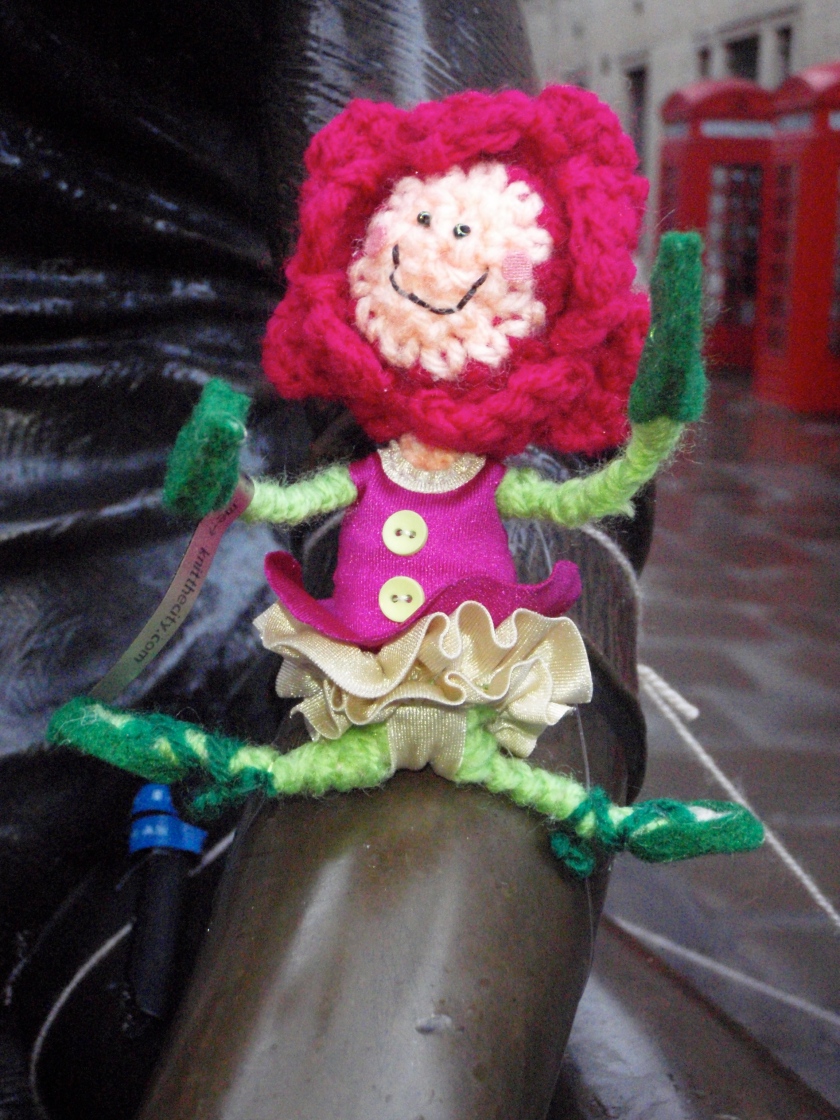